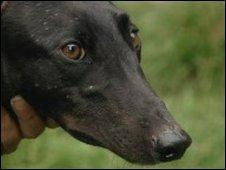 Two year old greyhound Lulu, who escaped from Doncaster Greyhound Stadium a full 8 days ago, has finally been reunited with her owners in Hull. She had been on the run since being disturbed after a mid race collision on Friday 14th August. Lulu was spotted in a field by a female motorist driving on the A1. The escaped greyhound had a muzzle on throughout her ordeal and subsequently lost 5kg in weight. Owner Carol Booth, 40, said: "She is staying with a friend of ours as she recuperates, … END_OF_DOCUMENT_TOKEN_TO_BE_REPLACED