There is obviously still plenty of time to go until the 2018 English Greyhound Derby, but it is interesting to take a look at some of the early odds, especially considering the shock win of Astute Missile in last year’s race. The 28/1 odds for Seamus Cahill’s greyhound were the biggest in the history of the final, with the much-fancied Clares Rocket having to settle for third place. Below is a quick guide to some of the standout dogs in the early betting chatter. It will stop short of … END_OF_DOCUMENT_TOKEN_TO_BE_REPLACED 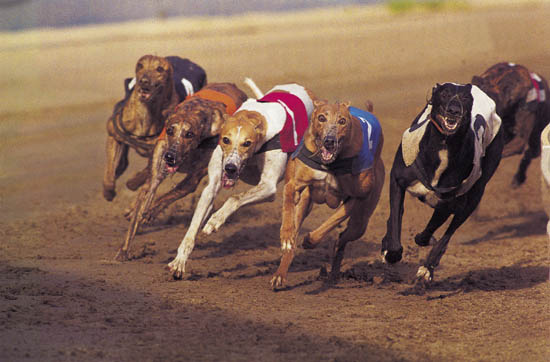 Last year’s Greyhound Derby finalist Clares Rocket could be set to come out of retirement in 2018, with the most prestigious race in the sport at Towcester the most likely target for the dog during the next 12 months. Clares Rocket has not been seen on the track since the quarter-final of the 2017 Irish Derby, where he finished second behind Good News. Unfortunately, a wrist injury prevented Graham Holland’s runner from racing in the semi-final of the competition at Shelbourne Park, which was … END_OF_DOCUMENT_TOKEN_TO_BE_REPLACED

2017 Greyhound Derby favourite Clares Rocket made his seasonal return at Towcester earlier this week where he got his first taste of the prestigious English track. Graham Holland’s dog finished second behind Bruisers Bullet when going off at 2/7 in the betting for the race. The bookmakers reacted to the trial by pushing Clares Rocket out to 10/1 from 8/1 in the betting for the Derby, but he does remain as the market leader ahead of Priceless Brandy, Droopys Buick and Bubbly Bluebird, who are … END_OF_DOCUMENT_TOKEN_TO_BE_REPLACED