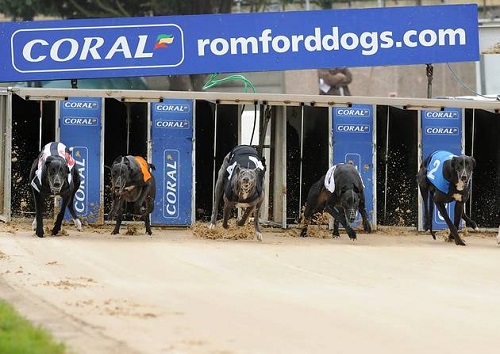 It’s the news that thousands of racing fans in the south east had been waiting for. The redevelopment of one of the nation’s best loved and most famous greyhound tracks has finally got underway, and greyhound racing will return to Romford before the end of the year.

The track saw its last race in November 2017, closing suddenly after a routine fire inspection identified problems with safety lighting. What was initially seen as a minor problem that would take days to resolve soon escalated, when further investigations revealed the presence of asbestos throughout the building.

Part of the local community

Romford is one of those tracks that is much beloved in the local community. There is always a friendly and informal feel to the race meetings, as residents from Essex and London congregate, often bringing their children along. The stadium stands on high-value real estate land, being right in the commuter belt and just a 20 minute train ride from central London, so there is a feeling of relief that Romford Dogs, as it is affectionately known, will be back bigger and better than ever, and the site will not be converted into yet more housing.

In the meantime, local punters will have to find an alternative for a great night out, and fortunately Essex has a couple of other options. Where only the dogs will do, there is Harlow Stadium, or for those who want to work on the best Dutching strategies, there are regular horse races at Chelmsford City Racecourse to the north of the county in Great Leighs.

What’s in store at Romford?

Part of the reason behind Romford’s fame is its location right alongside the main rail line into London from Chelmsford, Colchester, Ipswich and the rest of East Anglia. It is a familiar sight for millions of city commuters, and they will have a perfect view of progress as the stadium transforms over the course of the year.

The work has started with the complete demolition of the Main Stand to create more than 100 parking spaces, including additional disabled access and parking. This should ease tension with some members of the local community, as parking on residential side streets has always been a bugbear.

The Millennium Stand will be completely renovated, and a new restaurant will be constructed to add more choice to the dining options, which have traditionally been of the very basic variety. The reception area and office building are also set to be modernised, and there are plans to demolish and replace the tote building and scorecard.

Other changes and improvements include relocating the steward’s box into the roof of the refurbished Millennium stand, and also repositioning the finish line so that it is directly in front of the new steward’s box.

Owners Ladbrokes Coral Group are also looking to increase interest in Romford Greyhound Stadium from a corporate perspective. It is already a hugely popular venue for the informal “works do” and the redevelopment will see the addition of new facilities for hosting parties and corporate events.

Ian Smyth is the company’s Stadia Director. He told local reporters that the investment being ploughed into Romford Stadium: “demonstrates our commitment to greyhound racing and the future of our Romford track, and gives us the opportunity to host the premier venue for greyhound racing in London, which we believe is a fantastic boost for the sport given track closures in the area in recent years.”

Local greyhound racing fans will be certain to agree, and will be counting down the weeks till Christmas, when the new-look Romford dogs will be back open for business.