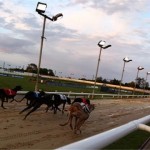 Traditionally a Saturday morning competition, next year’s Golden Jacket at Crayford will now take place on a Tuesday evening so the prestigious event can be covered live by Sky Sports. Run over a trip of 714m, this Category One event is one of the most popular in the greyhound racing calendar and has previously been broadcast on Sky, back in 2002. That particular final had a very controversial conclusion, as winner Sundar Storm subsequently tested positive for a banned substance. This event led to a rule change allowing greyhounds to be retrospectively disqualified, something which has definitely improved the sport.

An arrangement has been put in place for the Golden Jacket final meeting whereby it will be given a thirty minute longer slot, so the evening will not need to be rushed. This will certainly be a very welcome outcome for spectators and punters at the track. A total of eight races will be shown live on Sky Sports, the highlight of which will obviously be the Golden Jacket final itself. The 2014 renewal was won by Hometown Honey for trainer Mark Wallis. This greyhound hasn’t been seen on the track since April, and it is unknown as to whether he will be back to defend the crown next year.

Revealing the news about the 2015 Golden Jacket earlier this week, race programme controller for Bags Scott Harvey said, “The shows won’t be as hurried and it will allow for more colour,” “although it will mean a complete rethink regarding race times as there will be a knock-on effect on our other meetings. The programme will go on air at 7pm and run through to 9.30pm.”

While the move from Saturday mornings is sure to upset some people in the game, it will be good for this competition to receive more mainstream coverage. The Ladbrokes Golden Jacket is an excellent competition and will provide an entertaining final for Sky Sports viewers to enjoy.