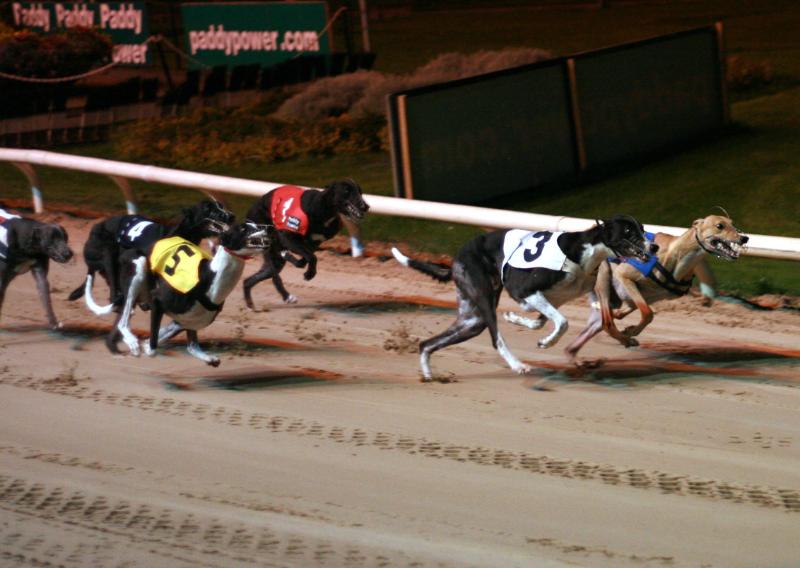 Outright favourite for the Paddypower.com Irish Greyhound Derby, College Causeway, cemented his position at the head of the market with an impressive victory in the first Quarter Final on Saturday evening.

Pat Buckley’s charge was third into the first bend and soon powered to the front, scoring in a time of 29.47sec, the fastest of the night. Buckley had four other dogs looking to make it into the Semi Finals last night but only Slip The Lark managed to get through. He finished in second place in the second Quarter Final of the evening, behind 7/1 chance Cashen Legend. 7/4 favourite St Louis Spirit finished a disappointing 5th.

Oran Classic won the third Quarter Final from Faypoint Man in a time of 29.65sec. John McGee’s runner led all the way and scored at odds of 6/1 beating odds on favourite Faypoint Man by three quarters of a length.

In the fourth and final Quarter Final of the night, Royal Tornado was a comfortable winner at odds of 9/2 in a time of 29.73sec. 5/1 chance Airport Pilot was two lengths behind in second.