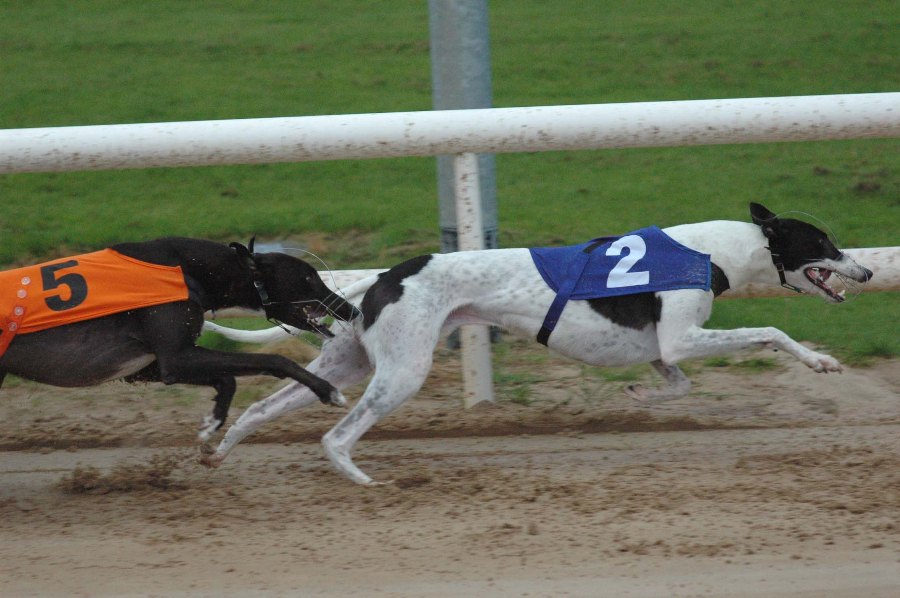 The third round of the PaddyPower.com Irish Greyhound Derby takes place tomorrow night at Shelbourne Park. There are only 48 runners left at this stage and things are starting to really heat up with last year’s winner Shelbourne Aston crashing out in the second round and 2009 English Derby winner Kinda Ready also failed to make it through.

Current market leader College Causeway looks to have a fairly straightforward task in heat 8 but there is the small matter of the ultra consistent Mesedo Blue to overcome. Mesedo Blue has won eight of his eleven starts and is well drawn in Trap 1. If College Causeway has an off night then I’d imagine Mesedo will be the one to take advantage. College Causeway smashed the track record in round one when recording a time of 29:21 but didn’t look as impressive in the last round, when just getting up to beat Cashen Legend. He still pulled out the win though and that is what great dogs do, win on off days.

The most exciting race of the night is probably Heat 5 where the super impressive and well supported St. Louis Spirit lines up in Trap 6. Jerry Griffin’s charge recorded a sensational 29:38 in last week’s second round and looks to be an improving sort so who knows what this dog could manage in round three. I’d expect him to win in good fashion and possibly be challenging College Causeway for favouritism going into the Quarter Final Stage.

For those yet to have a bet on the Irish Greyhound Derby, I’d recommend an outright wager on St Louis Spirit before tomorrow night’s races. He’s currently a best priced 8/1 with Skybet and Coral. College Causeway is as short as 7/2 with Skybet. I’d fancy them to be a lot closer in the market come Sunday morning.