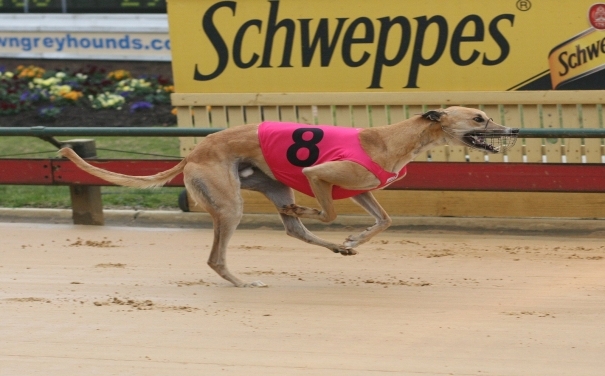 Cocaine is a stimulant. It’s also highly addictive, illegal, and extremely dangerous. It has been responsible for the deaths of countless men and women through the years in all its forms, including ‘crack.’ While it’s often been viewed as primarily a human problem, 12 dogs racing in Florida’s greyhound circuit, recently tested positive for cocaine, and it’s raising serious concerns.

This might sound isolated, but it raises questions.
It’s easy for die-hard fans, owners, and trainers to point to the fact that this case is relatively isolated, but it’s actually not. Yes, it may have only been connected with one handler, but a dozen dogs had tested positive for benzoylecgonine, a metabolite of cocaine. After every race, the winner must submit a urine test, and over a four month period, 12 dogs tested positive.
All of them traced back to Charles McClellan.

So, what was the problem?
The major issue here is that these dogs were allowed to run, and continue running. They were allowed to claim their victories. It took more than four months before state regulators finally did something about it, filing an emergency order to suspect McClellan’s license.
This scandal is being considered the biggest in greyhound racing’s history and in a sport that’s been hampered by poor public perception, shouts of animal cruelty, and shrinking revenue, it could very well pose a major hurdle to overcome. It’s certainly not like trying to find the top Easter slots in August or winter for avid fans, and it could potentially ruin what’s left of this racing sport.

However, it’s not the first cocaine related scandal.
This is actually the second cocaine related scandal that has hit Florida this year, and it seems to highlight a growing trend, and problem. As owners and handlers are seeking to grab whatever they can of a shrinking monetary pot (due to reduced revenues), some are turning to illegal substances to get a boost.

Doping in greyhound racing has been a problem for a long time. Dog racing is banned in 40 states and has seen 43 tracks close since its heyday in the early 1990s. 12 of the remaining 19 tracks in the U.S. are in Florida and animal rights activists worry that an industry that’s clinging to life will make it even more dangerous for the dogs because they will be pushed harder to win, have less money to care for them properly, and desperate handlers may seek desperate measures.

What is even more disconcerting to some advocates of these animals is the lack of oversight at the state level that allowed these dogs to not just claim the winner’s money when testing positive for cocaine, but to also continue running.

It’s a new problem and one that need to be dealt with properly if the sport hopes to have a future.